Whether you are traveling in the crowded urban streets or Four-Lane Highways, driving is always a tough task. Experts say that navigating the road and traffic conditions and keep the morale high is a real challenge. Imagine the immense stress faced by the heavy-vehicle drivers who carry tons of loads from one corner to another corner of India. Remember, they have to drive in the heavy traffic of cities and poorly maintained highways also. Growing needs of material movement put further pressure on them. Studies say that the drivers are forced to drive continuously without a break. It increases the risk of mishaps.

Navata Road Transport is amongst the Top 10 logistics companies in india where drivers are treated as the most important and valuable human resources. The company believes that the drivers are the backbone of the business. Hence, they should be given the maximum importance. Hence, the drivers are trained about the effective safety measures while driving vehicles.

Don’t forget the following while driving

Look at the training calendars of Top 10 logistics companies in india; you will find that the maximum time is devoted to safety training while driving. It underlines the criticality of the matter. 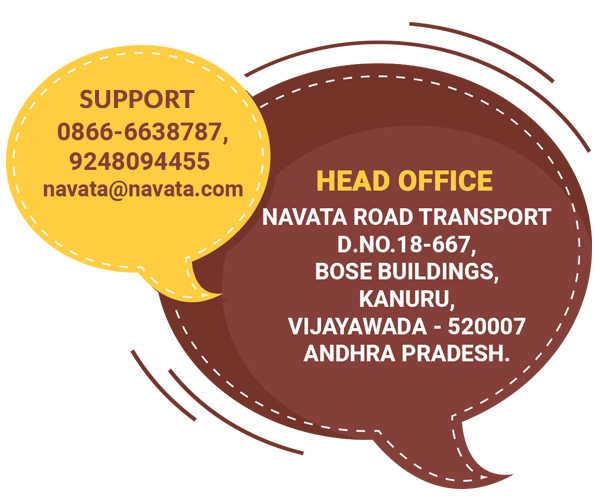 Safety Measure while traveling on road

How to choose your road transport vendor

Let Us Help You Find a Solution That Meets Your Needs

Caring for our customers’ with discipline, we promise to stay ahead in service quality, wide network, high caliber responsible people, technology & automation.